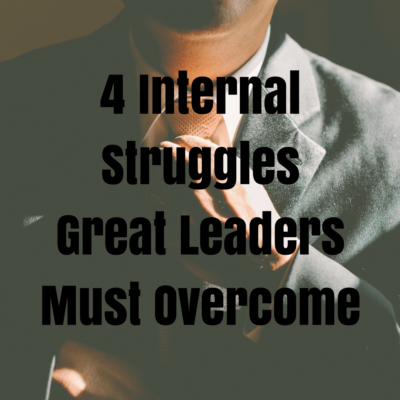 Posted at 20:29h in Business, Leadership by Cuselleration 0 Comments

Some leadership challenges are predictable: inspiring your team, guiding organizational change, prioritizing the right things at the right time.

Other challenges are less expected, and don’t always become apparent until you’re forced to face them head-on.

1) Combating the Consequences of Isolation

It turns out it really is lonely at the top. Underneath all the perks of power, there lurks a pervasive and potentially debilitating sense of isolation that can compromise a leader’s ability to pilot their organization effectively. That fancy corner office might seem like a sanctuary at first, but the distance it could wedge between you and your employees might have far-reaching, negative consequences.

Executive isolation occurs when leaders become less connected to their organizations’ day-to-day operations. While some level of disconnect from on-the-ground activities is benign and expected (leaders are responsible for focusing on the big picture, after all), too much can cause problems.

“Being isolated at the top can compromise your decision making and leadership effectiveness, both of which require having as much firsthand information about a situation as possible,” wrote author and business consultant Ron Ashkenas.

So how can leaders prevent isolation from impairing their judgment? Step outside of the executive bubble and make interacting with people at every level of your organization part of your routine. You don’t need to go full-on Undercover Boss, but make an effort to connect with people outside of your regular circle of advisors to get some raw insight into how the company is doing.

A study conducted by M. Ena Inesi of London Business school and Adam D. Galinsky of Kellogg Graduate School of Business found that holding a position of power actually alters an individual’s response to generosity and kindness, making them more suspicious and cynical of others’ motivations.

In the study, participants were asked to describe a recent favor they’d received. The descriptions were notably free from power dynamics, with most people describing something nice someone had done for them without pretext — like babysitting their kids or feeding their cats while they were on vacation.

Next, half of the participants were given an exercise to make them feel more powerful. When this group was asked to recall the same favors they’d described earlier, they were significantly more concerned about the motivations behind the favor. Those who did not complete the power-increasing exercise didn’t have the same reaction when asked to describe their favors again — they remained unconcerned about the motivations.

“When individuals have power, they know they are more likely to be the target of opportunists, who use kind words and seemingly selfless acts not for altruistic reasons but to further their own selfish goals,” Inesi and Galinsky wrote in The Wall Street Journal. “Those in power often over-apply this principle and become more suspicious of any kind acts they are offered, irrespective of the source.”

This (possibly even subconscious) suspicion can stunt a leader’s ability to form meaningful connections with those around them, since they’re always preoccupied with the motivations behind acts of kindness.

To fight through the psychological strain, leaders need to make a conscious shift to catch themselves when they start to slip into cynical patterns. Recognizing that you’re giving in to potentially toxic thoughts is the first step to combat them and change your behavior.

Once they ascend to positions of power, most people become worse listeners, a study found. Research published in Organizational Behavior and Human Decision Processes revealed a negative relationship between subjective feelings of power and use of advice — in other words, the more powerful a person feels, the less likely they are to seek out and actually listen to advice from those who disagree with them.

This phenomenon can cause some leaders to surround themselves primarily with yes-sayers and cheerleaders for their own causes. While it’s comforting and natural to build up a circle of like-minded individuals, trapping yourself in an echo chamber of people who always agree with you won’t help you — or your organization — solve problems or grow. The best way for your team to support you is to disagree with you.

Robin D. Richards, the CEO and chair of CareerArc Group, has made dissent part of his company’s regular work flow, encouraging employees at all levels to offer up opposing viewpoints and ideas. “Our main mantra is speed, respect and an obligation to dissent,” Richards said in an interview with The New York Times. “Don’t have a meeting with your boss where you agree with him on everything he says. If you have an obligation to dissent, then we get the best minds and we get the best outcomes. People like living in that environment. They feel valuable. People become fearless.”

Seeking out constructive dissent isn’t necessarily an easy task, especially for executives at the very top of their companies. Subordinates tend to inherently present an agreeable view on things, shielding their leaders from many of the nitty-gritty details. Leaders who want to escape the echo chamber need to actively seek out differing opinions.

It’s not enough to ask your current advisor to just start challenging you more (although this can be helpful). You need to connect with people both within and outside of your company from diverse backgrounds who can not only challenge your beliefs, but also share new viewpoints you wouldn’t have otherwise considered.

Lawrence Levy, a Harvard Law School graduate who was hired by Steve Jobs in the 1990s as CFO and member of the Office of the President of Pixar Animation Studios, has seen first-hand how great leaders need to find a healthy balance between confidence and collaboration to succeed.

Extraordinary leaders, Levy wrote in Harvard Business Review, “believe they know best about how their ideas should be realized and won’t let up until their high standards are met.” But they still need more than sheer confidence and raw vision to steer their organizations toward success. They need collaboration to get things done.

The challenge for self-assured leaders, Levy explained, is that the same self-confidence enabling them to make bold decisions also inherently hurts their ability to collaborate, take constructive criticism, and avoid confirmation bias.

So how can leaders collaborate without compromising their vision? In addition to surrounding themselves with a diverse group of advisors, leaders need to practice open-mindedness and humility when soliciting advice from others. Levy recounts how Steve Jobs “had a very small circle of hand-picked advisor and put aside his stubborn intensity to pay attention to their advice.

Even Jobs — who was known for his sometimes extreme pursuit of personal visions — knew there was incredible value in setting aside his preconceived notions to hear what other people had to offer — even just temporarily.

Sorry, the comment form is closed at this time.